Vicky Dilnot became the first Head of Nansledan School, built to serve the new Nansledan development on Duchy of Cornwall land outside Newquay, in September 2019.

You completed your PGCE at Homerton in 2002. What has your career trajectory been since then?

I initially did middle school training, specialising in Maths. I had previously done a psychology degree and had run activity groups for children with learning difficulties for years. I could not imagine not working with children in some capacity, and when I started teaching in primary schools, I fell in love with how creative you were able to be.

After several years of teaching, I worked for Nottinghamshire Council as a Primary Strategy Consultant, and then went back to school initially as Deputy Head and then a Headteacher of a Nottinghamshire primary.

We had been looking for an opportunity to move to Cornwall as a family, and it was the right time in terms of my husband’s work and our own children’s education, when I was offered the role of Head at Nansledan. It was a dream come true to lead a school from its infancy.

What is different about the school from what was previously available to families in the area?

Operated by the Aspire Academy Trust, it is the first new-build free school in Cornwall. As a result, we had the opportunity to look afresh at what the curriculum should provide. We aim to equip the children for the jobs of the future, nurturing intelligent, employable global citizens who demonstrate social competence, a desire for learning and respect for each other and the world around them. Through the STEAM (Science, Technology, Engineering, the Arts and Maths) curriculum, children are engaged in learning and research which is inquiry-based and has a purpose. A number of families who had previously chosen to homeschool their children were attracted by the curriculum.

The school was built to serve Nansledan, a newly developed extension to Newquay created on land owned by the Duchy of Cornwall. Sustainability is at the centre of the community development, which forces us to look at everything from first principles. Is it possible for a school to be plastic-free? Can we grow our own food? This focus on environmental concerns was also a big attraction for lots of families.

Were most of the places taken by children moving into the new development, or did you have a wider catchment area?

There are a huge number of houses going up and being filled with young families, but we’ve also had lots of interest from further afield. We opened with five classes last September, and quickly had to add another. We initially just had one mixed Key Stage 2 class of 31 children, but it then became apparent that there was a local shortage of Year 5/6 spaces, so we created a Year 5/6 class.

Having opened with huge fanfare at the beginning of the year you were then, like every school, confronted with the extraordinary challenge of the pandemic. What happened, and how have you approached the problem of providing a remote education?

We had a week when we were shut completely, sending pupils home with suggested activities. We then became a key worker hub school, looking after the children of key workers from four separate local schools. From June, we then provided spaces exclusively for children of the Nansledan key worker families and had pupil numbers in the high 60s throughout.

We were lucky – because we’re part of Aspire, we had experts working on developing materials suitable for home learning, which we were able to personalise. But when it became clear that the situation was going to last for longer than a few weeks, we also developed our use of Google classrooms, which was much more reciprocal. However, some families don’t have the technology to allow their children online access, or parents are trying to work from home and need the family computer themselves. So, we had to provide a number of alternative offline activities as well. We also had teachers making phone calls to vulnerable families, or to children who weren’t otherwise engaging with school, to check that they were ok.

It’s obviously been a challenge, but we’re used to problem solving and we always knew it was going to be a year of change! We’ve got a fantastic team of staff who are committed to growing the school from the ground up. The Nansledan philosophy is “I’ll either find a way or make one.” We never thought ‘we can’t do this’ – we knew we could find a way.

What concerns do you have about the impact on this cohort of children, who have missed so much time in school?

It’s such an unknown impact. Whichever category they fall into, and whether they have been attending school or not, their world has been turned upside down. In terms of schooling, you have to put that to one side while we address everyone’s wellbeing and reconnect as a community. We’re a ‘Trauma Informed’ school, and everyone has been through a form of trauma over the past few months. We will need to encourage children to talk about what they’ve been through before you think about filling the gaps in their learning.

But on the flip side, lots of them have learned lots of new skills. We’ve heard from pupils who are really excited because they’ve made spaghetti bolognaise for the first time, or grown some vegetables, or learned to ride a bike. For some, it’s been a really valuable time.

What do you think school will look like in September?

There will be a period of uncertainty for the area – Newquay airport is a big employer, so the downturn in the aviation industry will have a big knock-on effect. It’s a deprived area which is very dependent on tourism, so lack of travel may slow down or accelerate families moving to Nansledan – we just don’t know.

We have to plan for a number of possibilities. As a new school we have a big intake across the board, not just in Reception. Usually we would be inviting those children in to visit, and organising home visits so that teachers can get to know their families. None of that can happen, so we’ll find alternative ways to ensure that they feel properly welcomed. The curriculum will have to adapt and respond to what the world looks like. 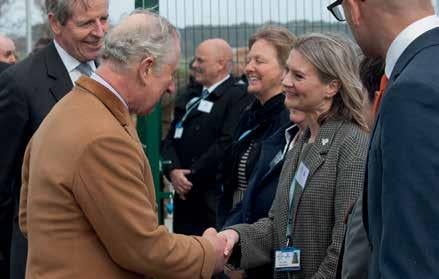 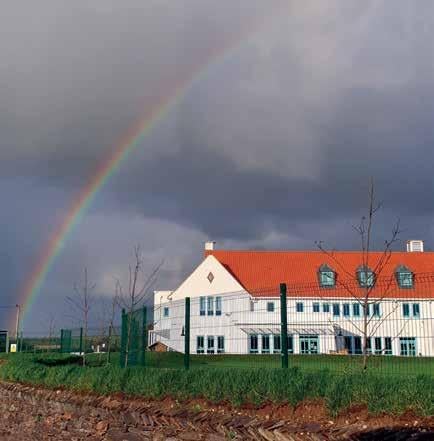